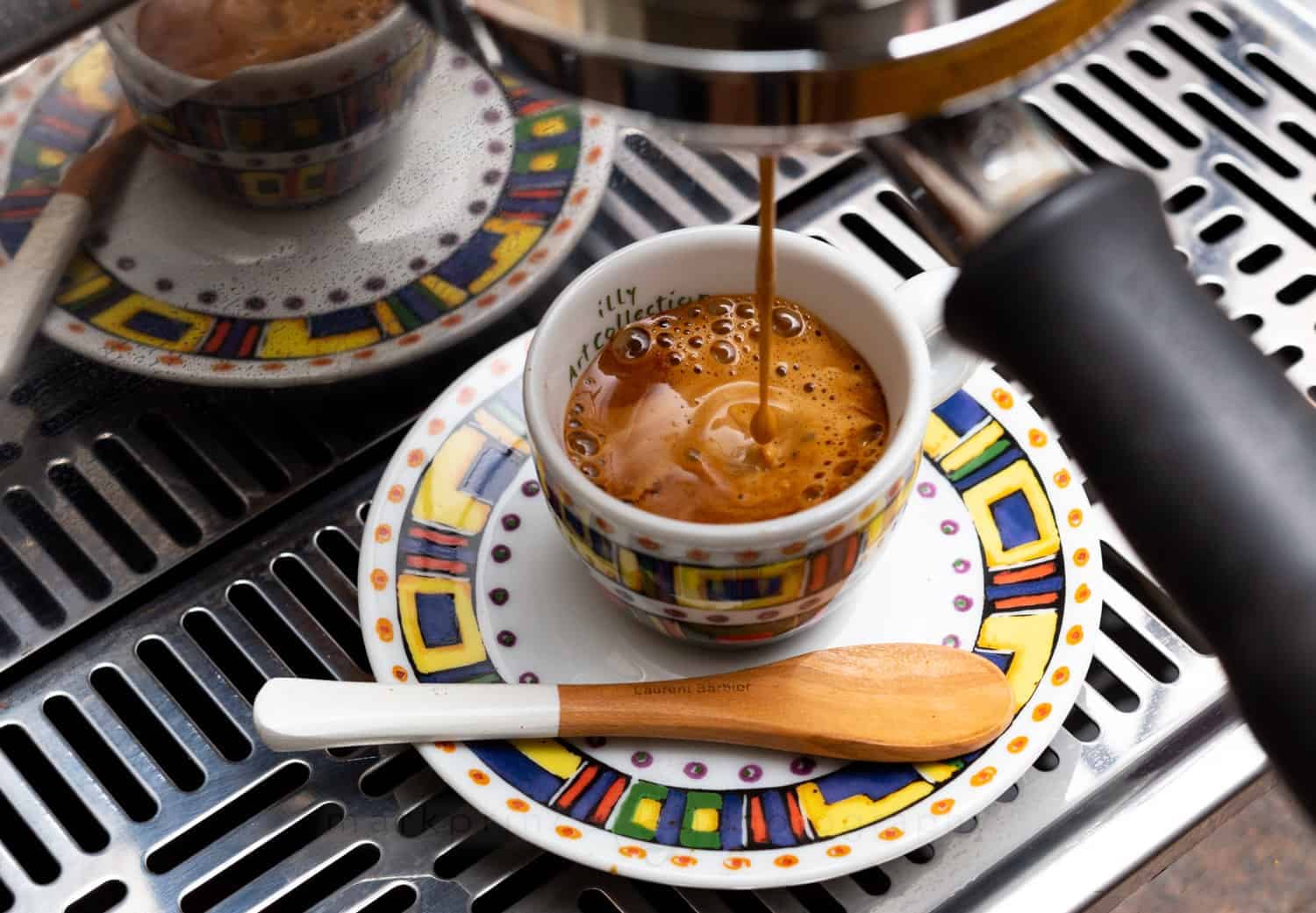 Introduction: What is a Ristretto and a Long Shot?

Ristretto and long shot are two different types of coffee with their characteristics. Ristretto is a type of espresso made from a short, intense extraction. It has a stronger flavor but less caffeine than other espresso drinks. On the other hand, a Long shot is also an espresso drink, but it is made from a longer extraction time.

Comparing Ristretto and Long Shot: The Difference Between the Two

Ristretto has a stronger flavor and more caffeine than Long Shot does. The taste of Long Shot coffee is lighter and smoother, which makes it easier to drink for those who are not used to the strong taste of coffee.

The brewing method is the main difference between an espresso and a regular coffee.

Espresso is an Italian icon that is one of the most popular types of coffee globally and an essential drink in Italy. This distinctive beverage uses high pressure to force pressurized water through fine coffee grounds, thus creating a highly concentrated brew. A shot of espresso will have strong flavors and a thick, almost syrupy texture.

Espresso originated in Italy sometime in the late 1800s to the early 1900s. Espresso was created to help cut down on brewing time, as the usual cup of coffee could take a few minutes. It’s usually completed in less than a minute.

How to Make Your Very Own Espresso:

The world’s first espresso machine was a huge, complex, and expensive device that could only be found in wealthy homes or expensive cafes. You can get an espresso machine that fits on your countertop and costs less than a nice dinner out today. Traditional espresso and its offspring—the Ristretto and the long shot—can’t be brewed in a simple drip coffee machine. You need a specialized device that runs hot water under pressure through the coffee grounds. The first such device was invented way back in 1884 by Angelo Morando. He patented it to keep other companies from creating anything like it for many years to come.

While brewing a perfect cup of espresso, the pressure also plays a very important part in the final product. The high pressure in making espresso reduces the brewing time and helps develop the rich crema, and disperses rich coffee oils in the final espresso product.

Filtered coffee relies on gravity, and the filter paper also removes the coffee oils. If coffee is being prepared in a French press or a Mocha pot, the applied amount of pressure is very low. For an excellent espresso, a lot of pressure is needed for excellent flavor extraction.

The size of coffee grounds is also an extremely important factor in the final espresso. When preparing the coffee in a French press, medium seized to coarse grounds is important. This helps strike a balance between delicious coffee flavor and too much saturation, leading to a bitter taste.

Choosing the Beans and Roasts

Choosing the right beans and roasts for your espresso is also an important part. Dark roast espresso beans are richest in coffee’s natural oils, evident in the oily sheen you can see on the beans. Emulsification of these oils, along with other compounds in coffee, prove helpful in producing the so-called espresso crema.

A good shot of espresso is a thing of beauty. The crema, or the foam on the top, forms the perfect cap. The mouth-watering aroma and flavor are enticing and don’t disappoint. The consistency is perfectly balanced, with neither too few nor too many bubbles.

The serving size also has a very big effect on the coffee flavor. An average cup of coffee is 8 ounces, but a typical shot of espresso, be it a Ristretto or a long shot, is only one ounce. This is because the espresso has a much bolder taste, is thicker, and more concentrated than regular brewed coffee. So less is more because the taste is so strong.

A long shot is actually the opposite. Here more water is used for the brewing process and for the same amount of time or a little bit longer than that of an espresso. The long shot can also be called a lungo, café lungo, or cafe allonge.

The long shot can be made as long as a person prefers. The water to grounds ratio has to be adjusted to make a longer long shot. The greater the ratio, the longer the shot will be, having more water. These types of coffees do not have special names.

The Differences Between a Ristretto and Long Shot

The Ristretto has a shorter extraction time, which is typically 15 seconds. This means that it is extracted in half the time of an espresso. Meanwhile, long shots use the full extraction time of 30 seconds. However, this aspect of the Lungos or long shot depends more on the person’s personal preference.

What Kind of Beans Should Be Used for a Ristretto vs. Long Shot?

For the Ristretto shots, beans that grow at low altitudes are better because they have lower acidity. They have a lot of different light aromas and sweet flavors. The Ristretto’s profile only needs a little bit of acidity.

The beans that grow on high altitudes have to be worked on to bring about the flavors. Since the log shot has a longer extraction time, they serve as an excellent choice for long shots.

Any roast and style work great with both of the shots. However, medium-dark to dark roasts is a finer choice. They are also the most popular choice in the brewing of these coffees. Sometimes a Ristretto also helps to work around with a cheaper coffee or one that has been roasted too much. Lungos or long shots need a lesser fine grind so that the maximum flavors can be drawn out. Finer grounds are a better choice for a Ristretto.

Coffee flavors have a certain order in which they infuse in hot water. First of all, the light volatile compounds enter the water, followed by acidity and sweet notes. The final is the bitter notes. Because Ristretto has a short extraction time, it has a lesser bitter flavor. It is rich in light tastes and aromatics. Long shots have a taste balance that is quite similar to drip coffee. It has darker flavors, bitterness, and higher acidity. Ristretto has very fragrant aromas as compared to a long shot. Ristretto smell fruity-sweet, whereas the long shot has a deeper and darker fragrance and a smoky depth.

The Ristretto has a thinner crema layer, but since long shots have so much liquid, the crema is unnoticeable.

How to Enjoy Both Types of Coffee

The Ristretto is a short, intense shot of coffee that is usually brewed in a French press. It is best enjoyed in the morning. The long-shot coffee is a more relaxed drink that can be enjoyed at any time of the day. The best time to drink it would be in the evening or even after lunchtime. Iced Coffee: In the summer months, people enjoy iced coffee when it is hotter outside. This drink can be made by brewing a Ristretto and then pouring the espresso over ice in a glass.

A Ristretto is a shot of espresso that is shorter than the norm. It has a higher concentration of caffeine, but it also has less water which means that it will be stronger and have a more intense flavor. A Long Shot of Espresso is the opposite. It has less caffeine, but it also has more water which means that it will be weaker, bitter, and have an intense flavor. The benefits of drinking espresso are numerous. The most popular one is its ability to increase mental focus and energy levels and stimulate appetite in some people. Ristretto has other benefits as well. It boosts the immune system and reduces stress. Since the long shot has a longer extraction time, it has more intense flavors than a regular espresso. However, espresso shots, in particular, contain antioxidants. These antioxidants boost the immune system. They reduce the risk of heart disease and stroke, especially in obese people.

What is Armenian Coffee?

Can You Drink Coffee with Braces?

Best Coffee for Beginners: How to Start Drinking...